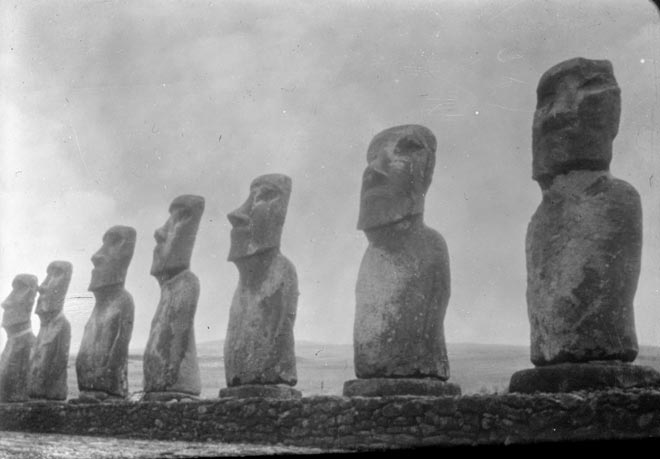 Building monumental religious structures is common in Polynesian society, but on Easter Island (Rapa Nui) this evolved to such a degree that creating statutes, or moai, became a central focus of the culture. The island was settled by Polynesians by 1300 CE. It is extremely remote, and reaching it would have been one of the most difficult voyages the Polynesians undertook. Over time, voyagers had learnt how to navigate this part of the ocean. It is probable that navigation was quite sophisticated. Computer-simulated voyages suggest that homecoming sailors became increasingly reliant upon latitude sailing: they would use zenith stars (which at their highest point shine directly over a known island) to reach the latitude of their destination while still upwind of it. They would then run downwind to reach the island.

The direction and timing of settlement