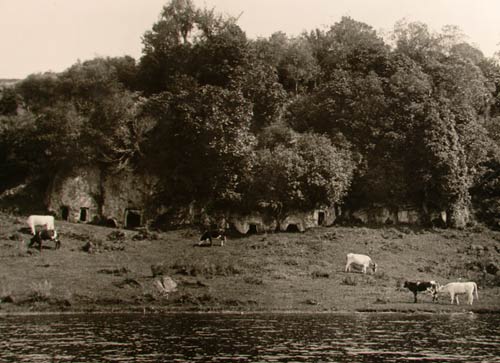 Kūmara (sweet potato) was kept in storage caves at Pukurahi pā on Lake Rotoiti, near Ōkere Falls. The largest cave (right), known as Parangiakaikore, had two entrances. In one tradition, the chief Te Wiwiniorongo became very angry when visitors arrived and the Parangiakaikore storage cave was empty. His wife Te Aotapairu left her husband and family and went to live in Whangaruru, to the north. Many years later a miromiro (tomtit) brought a distinctive hair from her head to her son Te Rongorere and his brother. Mother and sons were subsequently reunited.