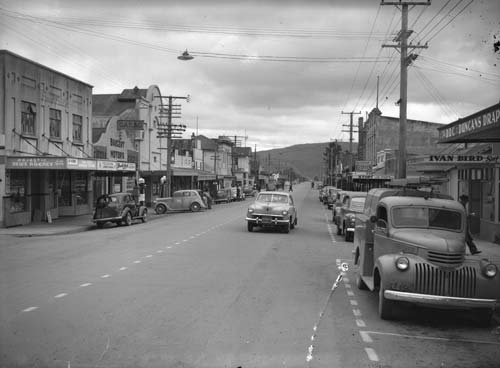 Upper Hutt began in the 19th century as a milling settlement. As farms replaced forests it became a rural service town. As with most other small towns, the commercial hub developed on its main street. A newsagent, motor garage, cinema and drapery are among the shops and services lining the street. The photograph was taken in the 1950s, on the eve of explosive growth. During this process Upper Hutt became a city and much of Main Street was rebuilt.