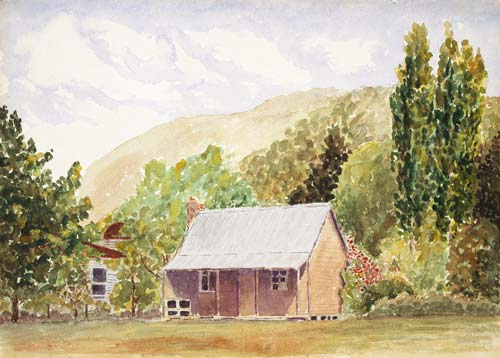 In the 1890s the Scottish artist James Nairn settled in Silverstream. He was a teacher at the Wellington design school and his ramshackle ‘Pumpkin Cottage’ (a large pumpkin was painted on its side) attracted painters interested in Impressionism. Among them were Nugent Welch and Fred Sedgwick. Along with other painters, they became known as the Silverstream School. This painting of Pumpkin Cottage, from around 1930, is by Algernon Gifford.