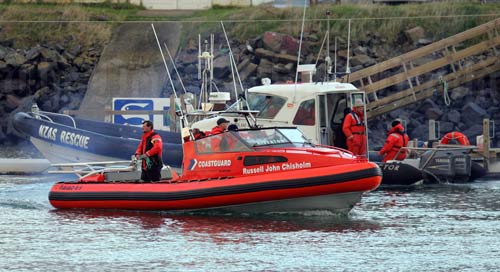 A Coastguard vessel takes police divers to investigate the wreck of the Kotuku, which capsized in Foveaux Strait in 2006. Of the nine people on board the boat, six died, despite a massive search and rescue operation overseen by the Rescue Coordination Centre, involving helicopters, ships and at least a dozen leisure boats. The Kotuku overturned after it was hit by two waves in quick succession, and those on board had no time to activate an emergency beacon or don lifejackets.