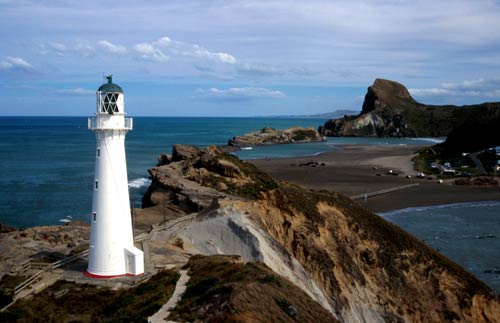 Castlepoint’s iconic lighthouse was built in 1913. It was made from cast iron in a Wellington factory and brought by boat to the beach settlement, where two horses transported it up to the reef for assembly. The lens came from France, and the lighting gear from Scotland. The lighthouse has been fully automated since 1988, and is now maintained by computer from Wellington. In the distance is Castle Point, named by British navigator James Cook in 1770.