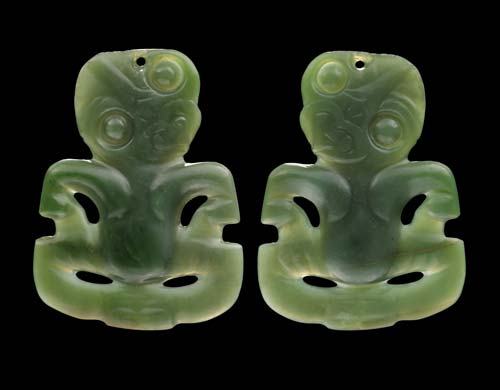 This hei tiki (neck ornament) is extremely unusual because it is carved on both sides, rather than only on one side. It belonged to Te Mātenga Taiaroa, a chief of the Ngāi Tahu tribe. On his death it passed to his son Hōri Kerei Taiaroa, who later became the Māori member of Parliament for the South Island.