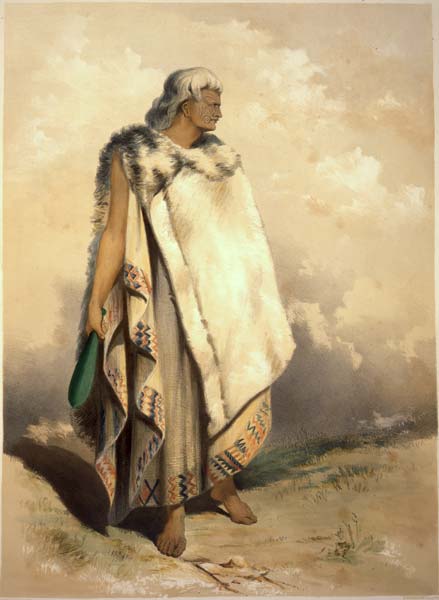 In this painting by Richard Aldworth Oliver, the mere pounamu (hand weapon) held by Te Rangihaeata is called Te Tuhiwai. It originally belonged to Te Rauparaha. Te Rangihaeata was the war leader for Te Rauparaha, who led Ngāti Toa in the 19th century. Te Rauparaha received it from the Ngāi Tahu chief Te Mātenga Taiaroa in exchange for a war canoe named Wai-ka-hua.