Sir Edmund Hillary: warrant of appointment to Order of the Garter (1st of 2) 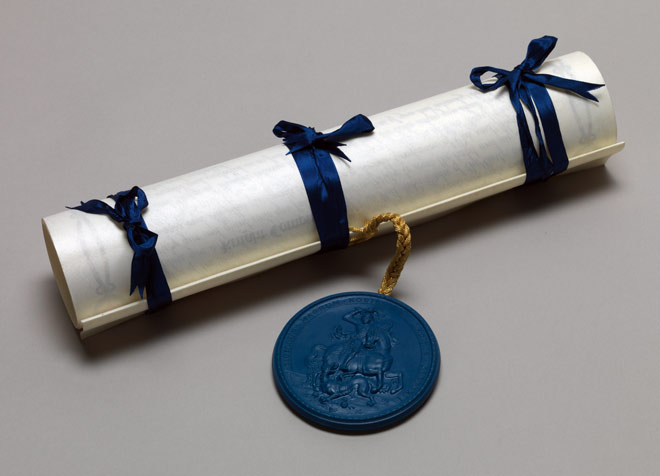 Amongst many accolades from New Zealand and around the world, mountaineer, philanthropist and beekeeper Sir Edmund Percival Hillary received the UK’s highest and oldest honour, becoming a Knight of the Order of the Garter in 1995. This honour was granted directly by Queen Elizabeth II. Hillary's warrant of appointment features a large blue seal depicting Saint George and the dragon, both of whom also appeared on the earliest insignia of the order. The Order of the Garter was established in 1348. Women gained full eligibility to the order in 1987.