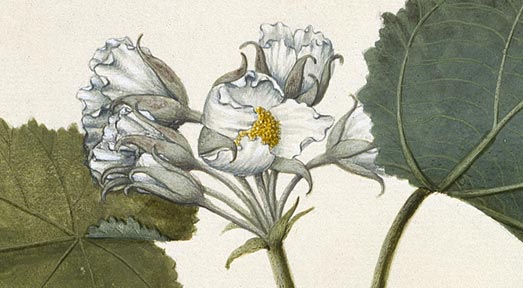 Exquisite and accurate paintings of birds, insects, flowers and other specimens form a lasting record of finds by early naturalists. Several were talented artists, and all were passionate collectors. They had a remarkable eye for new or unusual species as they explored New Zealand’s coast and hinterland.

Māori and the natural world

The ancestors of Māori were Polynesians who arrived in New Zealand around 1250–1300 AD. They discovered and named the plants, birds, fish, insects and other animals that are so important in Māori culture. People and living things are linked within one great family.

British explorer James Cook came on the Endeavour in 1769. With him were naturalists who collected thousands of fish, shells, birds, butterflies and plants. Back in Europe, they told others what they had found. Some scientists then wrote about New Zealand’s plants and animals, and gave them names.

After Cook’s second visit in 1773, native species such as the bellbird, little penguin and cabbage tree were shown for the first time in British books.

Between 1824 and 1840, three French expeditions arrived. The botanist Dumont d’Urville and other scientists found and named hundreds of plants, and birds such as the southern royal albatross and the grey warbler. Artists made beautiful images, and the French government published books.

By the start of the 20th century, most of New Zealand’s larger plants and animals had been described.

Print the full story
Next: Page 1. The first naturalists Next