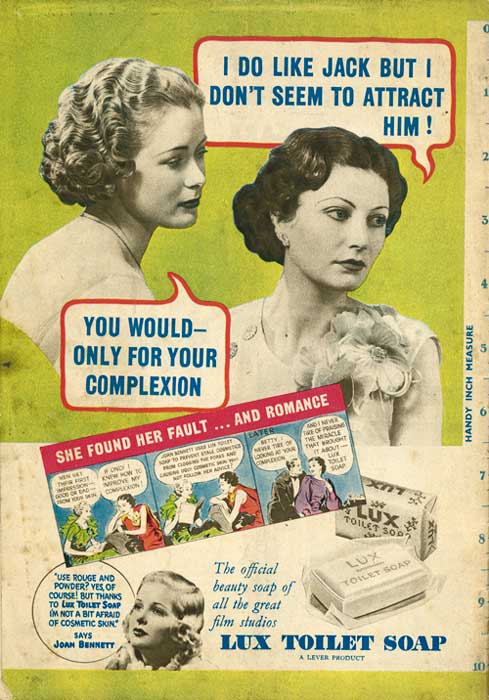 This 1937 advertisement was for Lux soap – a Lever Brothers' (now Unilever) product. In the late 1880s, Lever Brothers' Sunlight soap was first imported into New Zealand from the UK. The company began soap production in New Zealand in 1919. Joan Bennett, who is referred to in the caption, was an actress of the era who used Lux toilet soap.