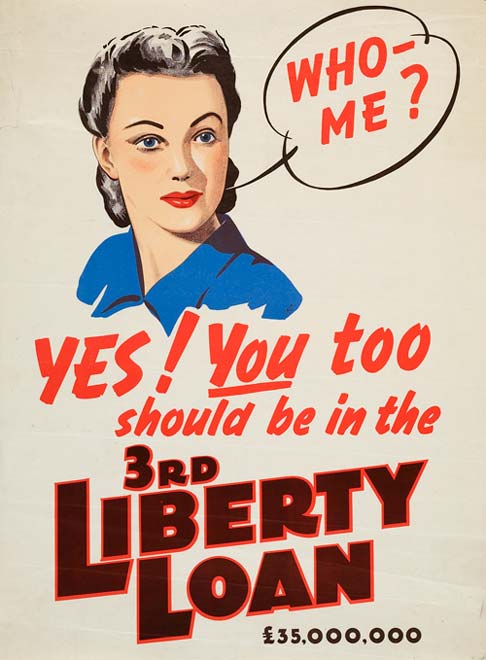 The third Liberty Loan was issued in 1943 by the National War Savings Office to raise money for the war. In this case women, who had entered the workforce in considerable numbers, were targeted. Such appeals for funds kept the stock exchanges busy during the war years, and New Zealand spending on the war was almost half covered by such loans raised within the country.