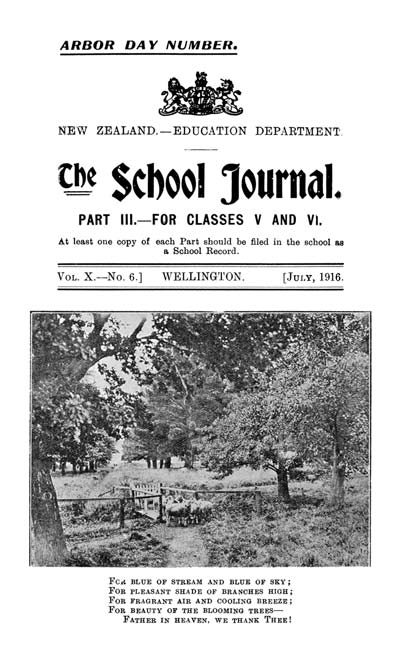 The School Journal was established in 1907 to provide New Zealand-focused learning material. However, for many years it included a great deal of content about Britain and the British Empire. During the First World War, when this issue appeared, there were many patriotic articles celebrating ‘British’ (which then was thought to encompass New Zealand) valour. Some of the journal’s New Zealand content was seriously flawed, and in particular its articles on the Moriori people of the Chatham Islands, one of which was published in the July 1916 issue, were incorrect in many details. So influential was the School Journal that several generations of New Zealanders grew up misinformed about their own history.