Shepherding the economy (1st of 2) 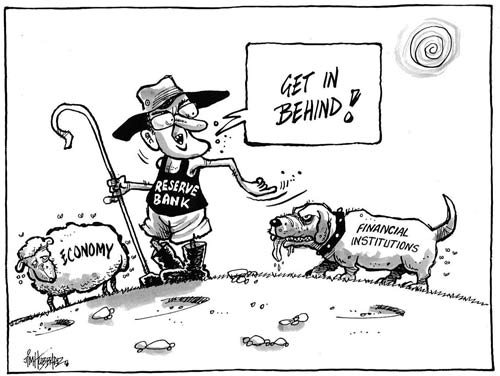 During the global financial crisis which started in 2007, banks and other financial institutions found it hard to borrow from international money markets. The Reserve Bank released more money into the banking system and slashed the official cash rate in order to underpin banking stability and maintain economic activity. This cartoon refers to the Reserve Bank's role in shepherding the New Zealand economy, protecting it from harm caused by financial institutions, represented here as a ravening sheep dog.