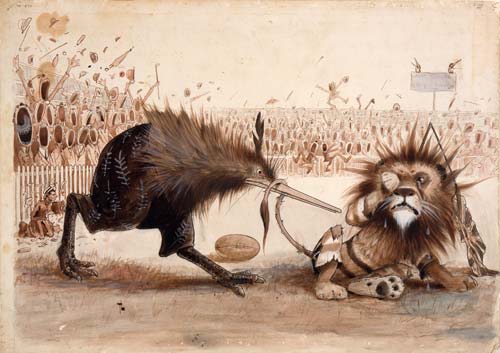 Three years after the 1905 All Blacks tour, Trevor Lloyd again expressed the nation's pride concerning another victory over the old country. The occasion was the third test in Auckland in July 1908 when the All Blacks defeated an Anglo-Welsh team 29–0. By then the kiwi had replaced the moa as the bird symbol of the country.