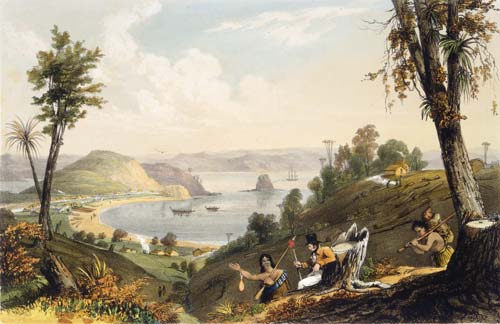 This lithograph, from an original sketch by Augustus Earle, was published in 1838. However the sketch would have been drawn when Earle was in the Bay of Islands in 1827–28. The scene shows the settlement of Kororāreka (later Russell), which became a major centre of trade between Ngāpuhi and the European sailors and whalers who visited there from the 1800s.