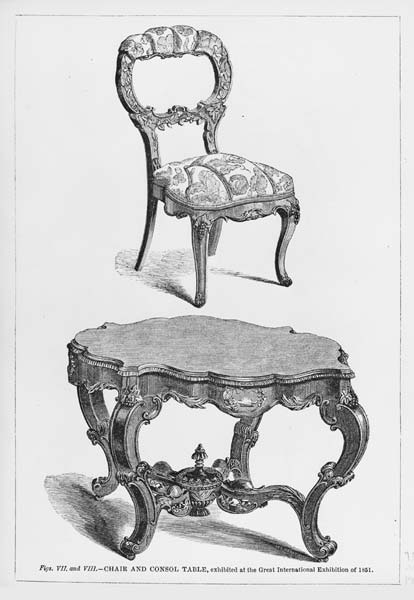 Johann Levien, a German, arrived in Wellington in the early 1840s and soon gained a reputation as a gifted cabinetmaker. He was particularly interested in using native timbers to make art furniture. In 1843 Levien emigrated to London with a consignment of tōtara and other wood and established a successful workshop. In 1851 he showed several pieces in the Great Exhibition at the Crystal Palace, including this chair and console table made from New Zealand timber.