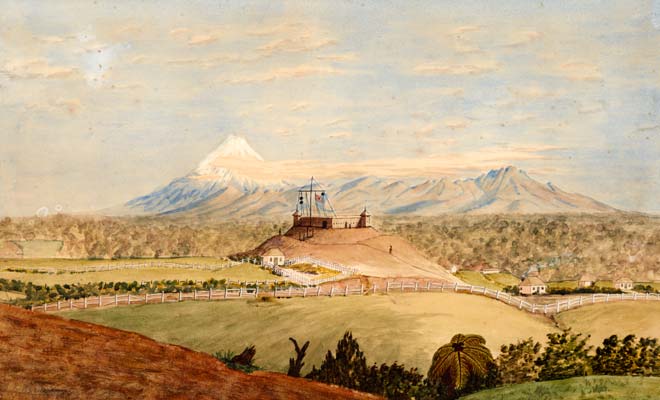 This painting of the Ōmata stockade was completed several years after it was the catalyst for one of the first major incidents of the Taranaki wars. The stockade was a few kilometres south-west of New Plymouth and served to protect local settler families. In March 1860 Ngāti Ruanui began to advance towards New Plymouth and built a pā, Kaipopo, overlooking the stockade. Lieutenant Colonel Charles Gold sent a force to relieve the stockade and attack the new pā, which was eventually captured, probably after its abandonment by Māori.

Roadside Stories: The wars of Waitara

Māori strategy in the Taranaki wars