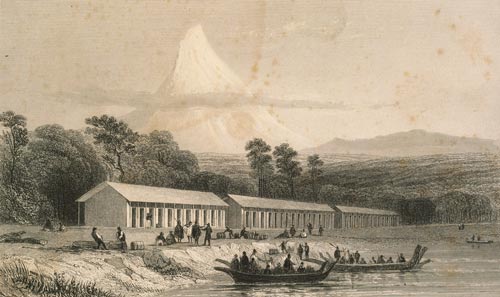 From the mid-1800s immigration barracks were built in most major European settlements in New Zealand to provide short-stay accommodation for new settlers after their arrival and before they secured work. This painting by Charles Heaphy shows the New Plymouth immigration barracks, erected in 1841 by local Māori for the first British settlers. It seems the immigrants were still to arrive because most of the people depicted appear to be Māori.