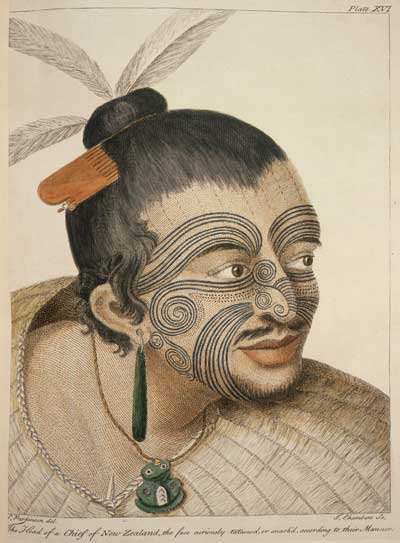 This portrait of an unknown young Māori chief was painted by Sydney Parkinson during James Cook's circumnavigation of New Zealand on his ship the Endeavour in 1769. At this time high birth and death rates among Māori produced a relatively stable, young population.