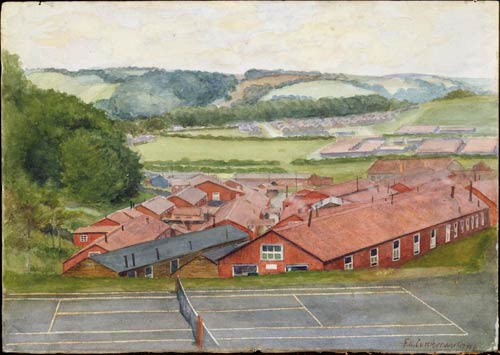 During the First World War, some New Zealand soldiers with venereal disease were sent to Codford Hospital in Wiltshire, England, for treatment. The hospital, which was opposite Codford Camp (where 2,400 New Zealanders were stationed) and close to the New Zealand Training Depot at Sling on Salisbury Plain, became part of the New Zealand base.