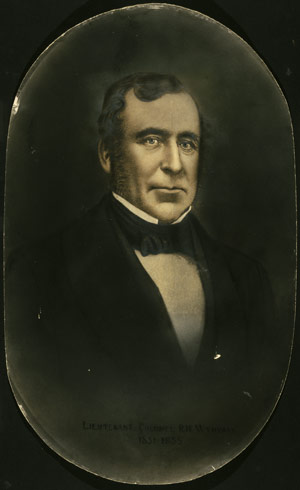 Many of the British settlers of the 1840s and 1850s were used to voting, and to a measure of popular self-government. By the early 1850s they were no longer content to be ruled by a governor appointed from Britain. In 1852 the British government passed legislation giving New Zealand an elected House of Representatives, which first met in 1854.

In 1854 Robert Wynyard was acting governor. Here is an extract of his speech at the opening of Parliament:

‘A great work, then gentlemen, now lies before you. To confirm, by your prudence and moderation, the fitness of our countrymen for representative self-government and free institutions; to preserve and to advance in the scale of civilization the Native inhabitants of these Islands; to develop the resources of a country rich in all the elements of future national greatness; to be the pioneers for its colonisation by the Anglo-Saxon race; to lay the foundation of its religious, political, and social institutions; to give laws to the present and to influence the character of a future generation, will be the rare privilege and the noble duty of the new-formed Parliament of New Zealand.’