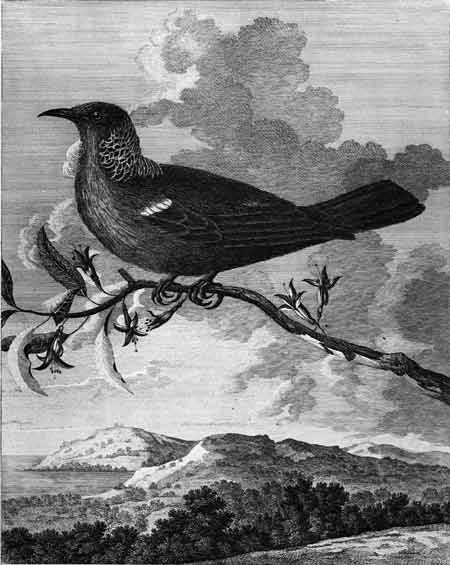 The first people with a connection to Poland known to have reached New Zealand were two scientists who came with James Cook on his second voyage in 1773. They were Polish-born Johann Reinhold Forster and his son Georg, both of whom published accounts of the voyage. Georg’s engraving of the ‘poe-bird’, published in Cook’s account, A voyage towards the South Pole, is one of the earliest European depictions of a tūī.