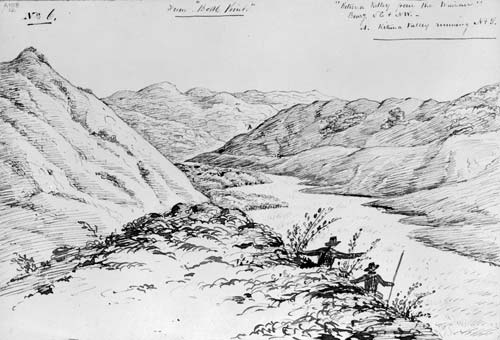 The New Zealand Company settlement in Nelson needed more flat land. Explorers went east and discovered the Wairau plain. The resistance of Māori to surveyors in June 1843 temporarily delayed settlement, but the company continued to explore the area. James Drake was a survey cadet with the company, and on 15 January 1844 he sketched this scene looking up the Kaituna River valley, just north of the Wairau plains.