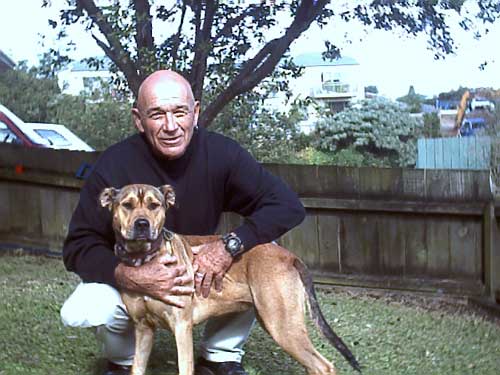 I don't know what time it was, but possibly in the early hours of the morning, eight of us boys in the dormitory were awakened by a very loud rumbling which was quite terrifying. All the more so because at that time there was a very real threat of a Japanese invasion. My first thought was that a huge squadron of Japanese bombers was flying directly overhead. These thoughts were further intensified when there was a very violent shaking which seemed to last several minutes. I thought these were explosions from falling bombs and we could get hit very soon.

The matron and her staff came around with torches, and did her best to calm us and explain that we were suffering an earthquake. I remember that after the first major jolt there were several others which followed, but not as severe as the first one.

When we got up in the morning and walked to our local school, the Eastern Hutt School, there were scenes of chaos all about us. Chimneys had toppled, shop windows had exploded outwards onto the street, and window displays were in complete disarray. The Self Help grocery shop seemed to suffer the worst damage. Power lines were down and there were cracks in the pavements and on the road.

We used to return back to the orphanage for lunch before returning to school. I think that it may have been a day or two after the major quake that we suffered another smaller one. I was walking back to the home for lunch with my best friend Tommy Dale, when another quake struck. We were at that moment right outside the Self Help grocery, its windows now boarded up. I was terrified and started crying, as did my mate Tommy. We clutched each other for support while the shaking continued. As soon as it stopped, we ran crying all the way back to the home. This is an experience that I will never forget. Some months after the quake a lot of the damage was still evident.

Worse than facing the Japanese