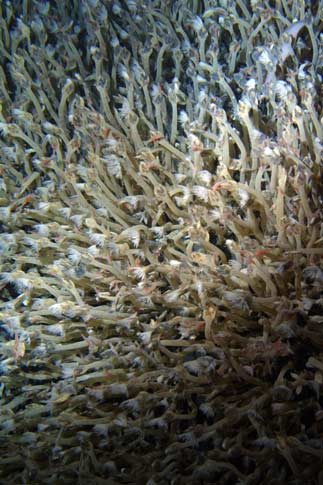 Dense colonies of long-necked barnacles attach themselves to lava boulders around some of the hydrothermal vents on the Brothers volcano. This barnacle is named Vulcanolepas osheai after the New Zealand squid and octopus expert Steve O’Shea. The image was taken during a combined GNS Science and JAMSTEC (Japan Agency for Marine–Earth Science and Technology) expedition.

I would like to show this photo to my high school students during a discussion of chemosynthese.