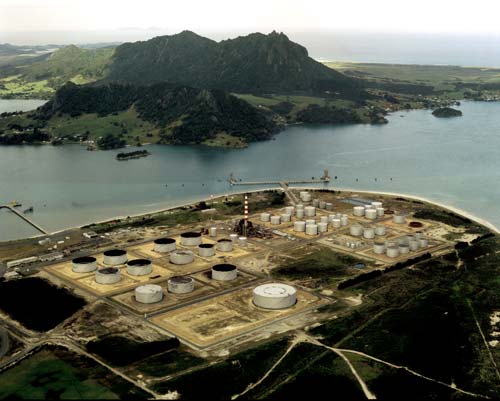 This aerial photograph from the 1960s shows the Marsden Point oil refinery being built at Whangārei Heads. Due to New Zealand’s low population density and small market, oil companies originally imported fuels in their finished form. As the economy and demand for oil products grew, it began to make economic sense to build an oil refinery in New Zealand. Sites at Beachlands (south-east Auckland), Gracefield (Wellington), Picton and Matingarahi (Thames) were passed over in favour of Marsden Point, which offered a convenient deep-water harbour not far from the country’s biggest city.