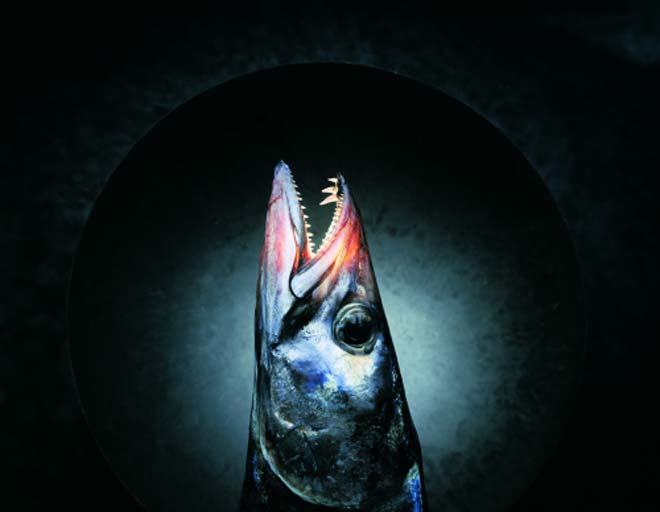 This photograph of a barracouta (Thyrsites atun) shows the vicious teeth that have cut many an angler’s hand. The species spawn in August–September off the east and west coasts of both of the main islands, and in November–December around Southland and the Chatham Islands. They are caught commercially by trawling and are also taken by recreational anglers. For the Ngāi Tahu tribe they formed an important traditional fishery and were caught by trolling lures behind canoes.

Permission of Ngai Tahu Seafood Ltd, must be obtained before any re-use of this image.