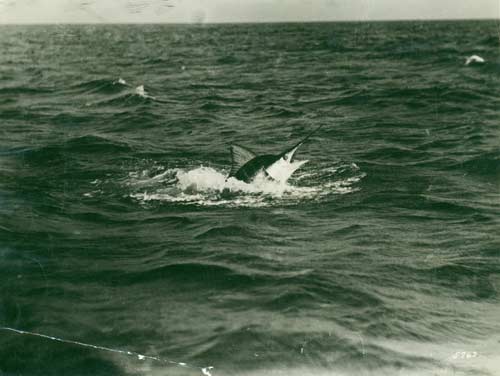 This photograph was most likely taken in the Bay of Islands, in northern New Zealand. In the early 2000s, between seven and 36 swordfish were caught yearly by big-game anglers, compared to an annual commercial catch of around 1,000 tonnes (about 5,000 swordfish). Much of this is taken as by-catch by the tuna fishery. Little is known about swordfish in the New Zealand region, but they are thought to be part of a much larger stock that spawns in the tropical Pacific.