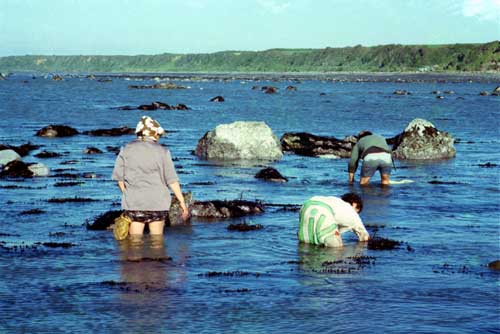 Fiona Clark’s photographs of Te Āti Awa kuia (women elders) collecting seafood in the early 1980s highlight some of the difficulties that the tribe faces in the modern world. The women were collecting food in the traditional manner, not far from a proposed outfall from the Motunui synthetic petrol plant. The Waitangi Tribunal, however, in a landmark decision, ruled that the Crown had to protect traditional Māori fishing grounds. Eventually an existing outfall was used instead.