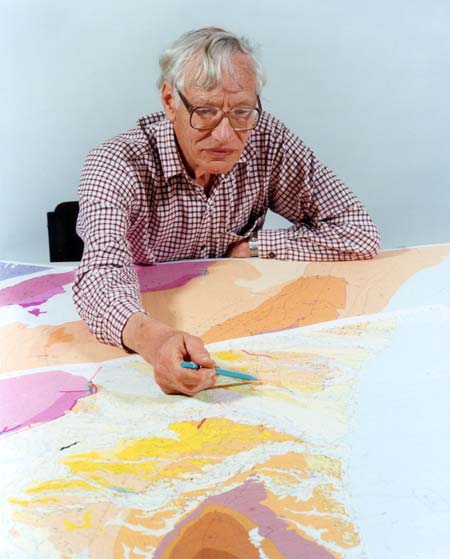 Pat Suggate was a leading New Zealand researcher into coal properties and coal rank. Educated at the University of Oxford, he emigrated to New Zealand in 1947 to work for the New Zealand Geological Survey. Sent to Greymouth to work with Harold Wellman, Suggate conducted a major investigation of the coal resources in the Murchison area. In the 1950s his detailed mapping of the Reefton coalfield led him to explore the effect of coal rank on the properties of coal, culminating in his 1959 monograph, New Zealand coals.

Suggate became director of the New Zealand Geological Survey in 1974, and he helped initiate the Coal Resources Survey following the oil shocks of the 1970s. After retiring in 1986, he continued to explore the relation of coal rank to hydrocarbon generation. By studying coal rank in many countries, he was able to develop a general relationship between burial and coal rank that has become known as the Suggate rank scale.