Bodies from the Penguin 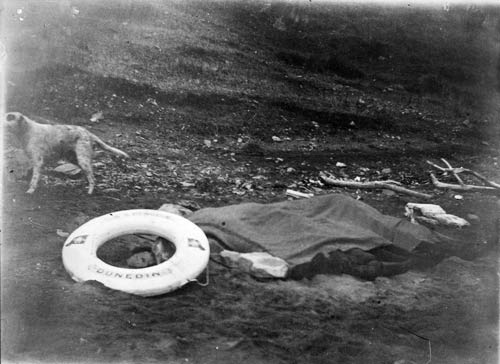 This photograph shows some of the victims of the wreck of the Picton–Wellington passenger steamer Penguin. At 9.45 p.m. on 12 February 1909, the Penguin hit Tom’s Rock on Wellington’s south coast. It was a stormy night. Only three of the five boats made it to shore, carrying six passengers. Twenty-three others survived on two rafts despite both being upturned, and the captain came ashore on flotsam. The remaining 75 passengers and crew died. Most of the bodies were washed up on the coast between Sinclair Head and Cape Terawhiti.

Survivors of the Niagara