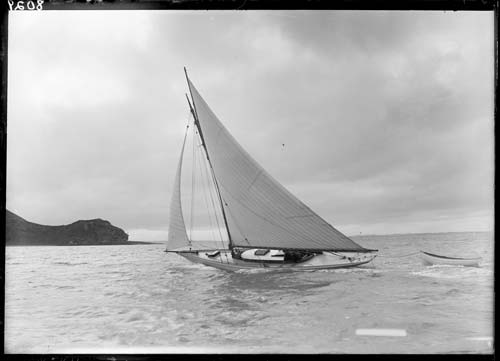 In the fierce rivalry between the Logan and Bailey families, one of the most successful Bailey boats was Meteor. Launched in October 1897, it narrowly defeated the Logans’ Kotiri in December. The boat’s speed attracted the interest of Australians, and when Meteor performed well on Sydney Harbour, the Auckland builders received a flood of orders from Sydney yachties.