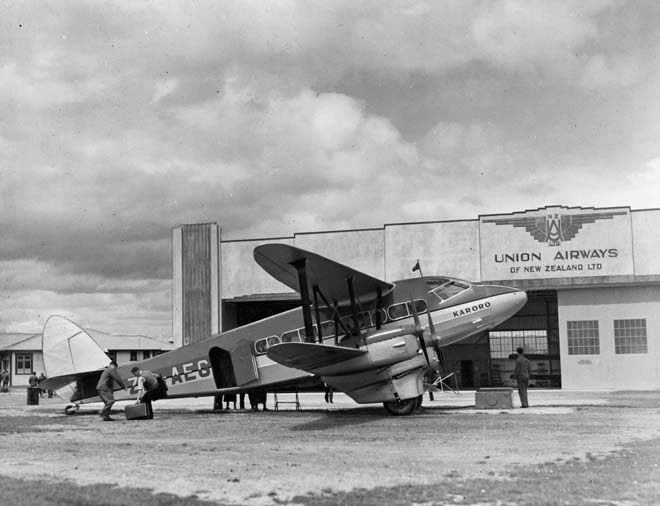 1935 was a turning point in the development of passenger and freight flights in New Zealand. A number of airlines were licensed to fly routes within the country, creating a commercial aviation network. One was National Airways of New Zealand, later renamed Union Airways. This photograph taken at Palmerston North airport in 1936 shows one of its planes, a de Havilland 86 Express, which bears the Māori name Karoro, meaning gull. Such names were continued by the National Airways Corporation.

Hi, I am trying to get in

Hi, I am trying to get in contact with Kenneth George Plimmer, who was married to Oma Jean Feakins in August 1945, or their descendants. Kenneth was on the engineering staff of Union Airways in 1945. Thanks, Heather Tiatia