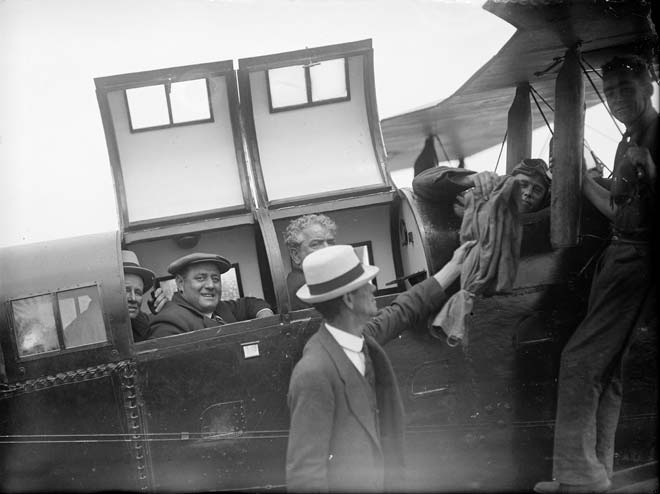 After the First World War, several airlines were keen to provide passenger and airmail services within New Zealand. In this photograph a mailbag is handed to the pilot of a Canterbury Aviation Company plane, before an attempted first airmail flight between Nelson and Wellington in November 1921. The flight never reached its destination, being forced to turn back to Motueka.

Flying the length of the country