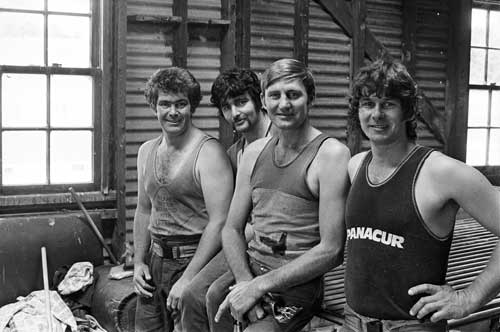 One of the key labour forces in both Australia and New Zealand was the shearing gang. In the late 19th and early 20th centuries shearers moved back and forth between the countries, in a seasonal cycle, and some Australian shearers brought political radicalism into New Zealand’s shearing sheds. By the later 20th century, shearers such as this Australian team of 1984 were coming to compete in ‘Golden Shears’ competitions.