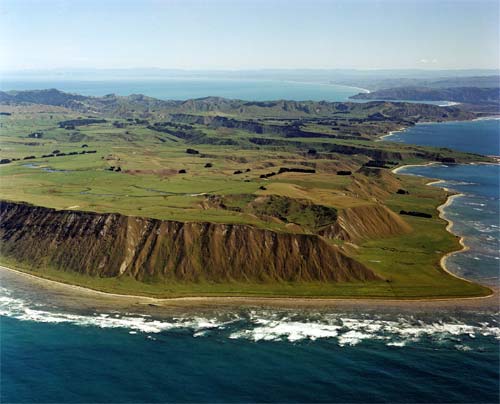 Table Cape is an uplifted marine terrace on the eastern side of Māhia Peninsula. Māori know it as Kahutara Point. The land has risen to expose what was the seabed during an earlier warm period, when the sea was at the same level as it is now. Such features are common along the East Coast of the North Island, where the land is being tilted and pushed upwards by the Pacific Plate diving beneath the Australian Plate.