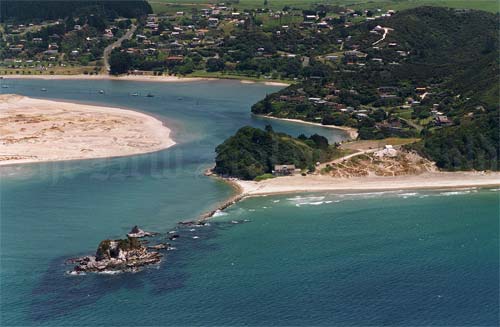 During the 1990s up to 15,000 cubic metres of sand was mined each year from the northern inlet at Mangawhai, north of Auckland. Most of this sand was dredged from near the shore, for use in construction. Between 1953 and 2004, 750,000 cubic metres of sand were removed. Mining was stopped in 2004 when concerns were raised about erosion of the sand spit that sheltered the harbour.