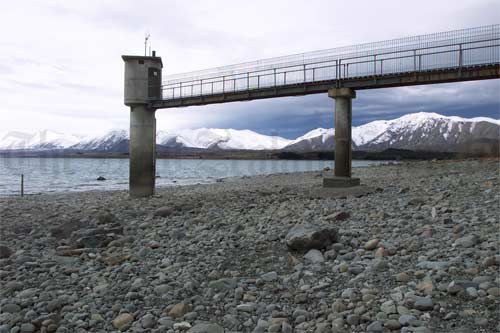 Lake Tekapo is one of the southern hydro lakes that act as a reservoir for power stations along the Waitaki River. In winter 2002 lake levels dropped to almost two-thirds of their permitted range. The government, concerned that the national electricity grid would not be able to satisfy the winter demand, ran an advertising campaign asking consumers for 10% savings in electricity consumption until the lakes had recovered their storage capacity.