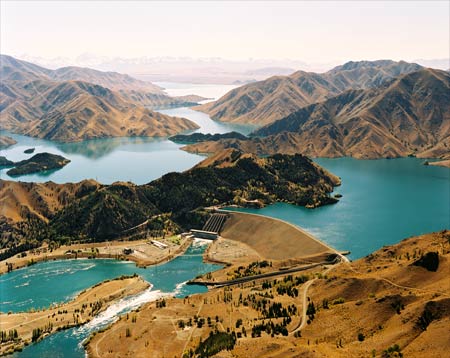 New Zealand’s largest man-made lake, Lake Benmore, was formed behind the Benmore power station. Capable of generating 540 megawatts of energy, Benmore is the country’s second largest hydroelectric station after Manapōuri. Benmore power station is just one of eight along the Waitaki River in the central South Island.

Wind power as a source of New Zealand's electricity