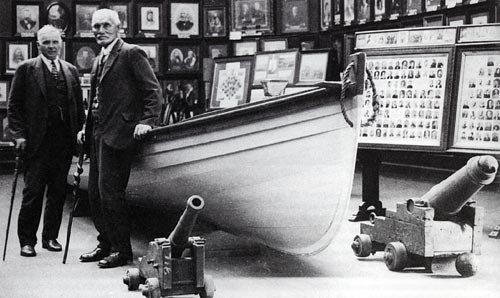 Canadian and American whaling ships brought some American Indians to New Zealand from the 1830s. A few settled in Southland, and their descendants are well known today. One such settler was William Elisha Apes, an American Indian of the Pequot tribe, who arrived about 1840 and married Mata Punahere of Ngāi Tahu. One of his descendants, Tiemi Apes, is pictured here. Native Americans continue to come to New Zealand: in the late 1990s they were said to number 200.

William Elisha Apes was my

William Elisha Apes was my great, great grandfather. His son James Tiemi 'Hipi' Apes (pictured next to Maori Girl) was my great grandfather. I would love to be able to use this photo for my electronic family tree (Whakapapa)that I am currently writing. Tiemi's son Tame (Tom) Kahupatiti Wikita Apes was my grandfather and my father is James Freeman Apes, now residing in Palmerston. I now reside in the UK with my wife Lisa de Looze and my three children, Jessica Kiri, Dominic James and Benjamin Albert (all Apes).