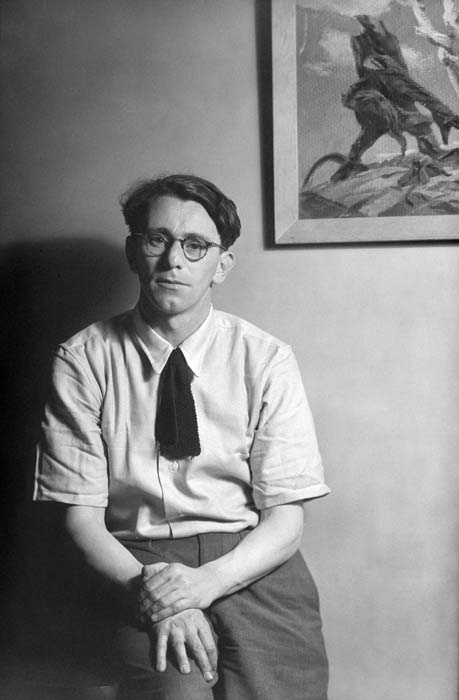 Clifton Firth's portrait of Allen Curnow records him during a time when he had considerable influence in the New Zealand world of poetry. He had already published a number of his best-known shorter poems, and was living in Christchurch where the Caxton Press was located. In the previous year, 1945, Caxton had published A book of New Zealand verse, in which Curnow presented a view of New Zealand poetry from a nationalist viewpoint. He was uncomfortable with New Zealand poetry that had a sentimental attitude to New Zealand symbols such as birds, trees and Māori myths, and instead wished to establish a national poetry that was based on what he saw as a hard and honest response to the New Zealand situation.