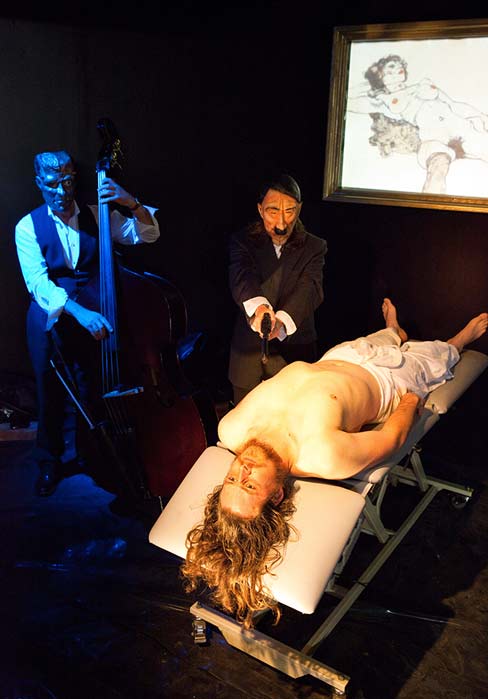 Christchurch-based Free Theatre (initially called Workshop Theatre) was formed in 1979 by students and staff of Canterbury University, and has since become New Zealand's longest-running experimental theatre company. It has diversified into film-making and, since the 2011 earthquake destroyed its performance spaces, has presented a series of productions in unusual spaces. This photo shows a scene from its 2012 production Hereafter, performed at the Tannery, Woolston, and the Temple Gallery, Dunedin. From left are Mike Kime, Emma Johnston and George Parker.