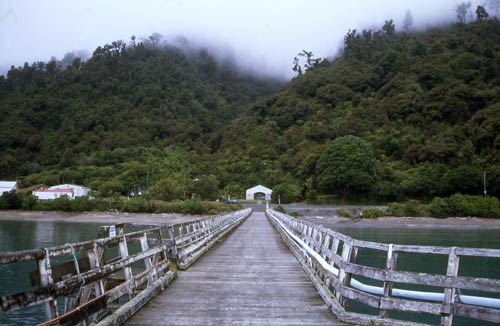 In the 1870s, townspeople from Livorno in Tuscany were brought out to New Zealand to help build railways and clear forests for the growing settlement. It was hard physical labour and many of the immigrants were not expecting the harsh conditions that awaited them. About 53 people were sent to Jackson Bay in Westland. They were to clear the forest there for the cultivation of grapes and mulberries, but the project proved unrealistic. The land was swampy, there was torrential rain, and the bush proved almost impossible to tame – it remains dense, as this contemporary photograph shows. By 1879 all the Italians had left the bay.