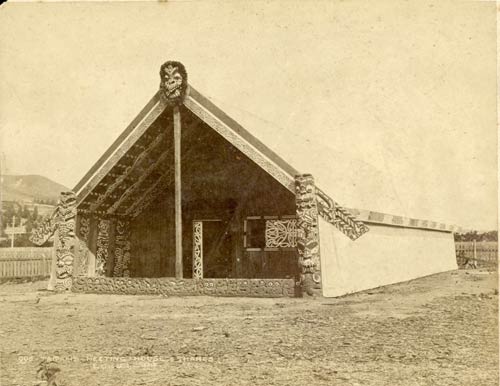 Following the confiscations of land in the 1860s, Ngāti Awa reaffirmed their traditions and unity in the building of two carved houses, Mataatua and Hotunui. The carving of both was led by Wēpiha Apanui and his father, Apanui Te Hāmaiwaho. Mataatua was opened at Whakatāne in 1875, and it was taken to Sydney and London before being put on display at Otago Museum. Mataatua was eventually returned to Ngāti Awa in 1996. Hotunui was built in 1878 as a wedding gift for Wēpiha’s sister, Mereana, who was marrying a Ngāti Maru leader. The house now stands in the Auckland War Memorial Museum.