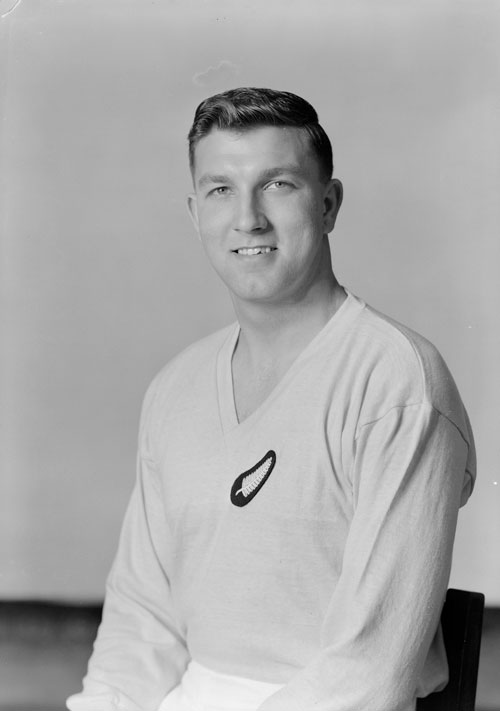 Peter Whiting is shown here in an official portrait for the 1964 world tour by the New Zealand football team. He went on to become the first New Zealander to leave this country and play in professional football overseas. A goalkeeper, he joined Charlton Athletic in the English second division in 1967.