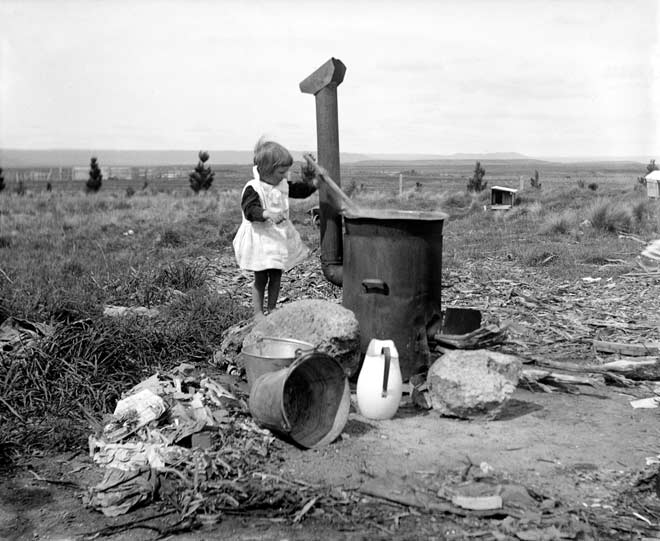 A copper, shown here outside rather than in a laundry or shed, was a standard part of the equipment for doing the laundry for many decades. Clothes were soaped, scrubbed, rinsed, boiled in the copper, put through the mangle (two rollers that squeezed water out of clothes), soaked in ‘blue’ (to whiten bedclothes and white clothes), rinsed and put through the mangle again before being hung out to dry. Laundry day could be dangerous – accounts of deaths resulting from burns caused by the fire under the copper or the boiling water inside it appeared in 19th- and early-20th-century newspapers.