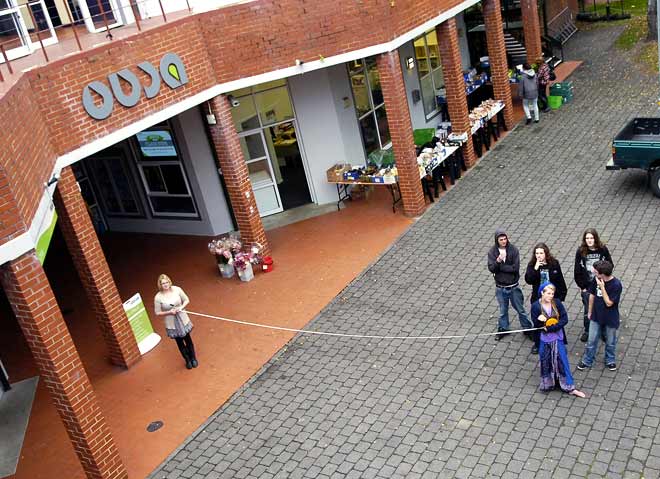 In April 2010 the University of Otago banned smoking within 6 metres of its buildings. Smokers are shown conforming to the ban by standing at the end of the 6-metre measure. Although by this time it was against the law for people to smoke inside, there were complaints that people were smoking by doorways or close to vents. Such anti-smoking actions, which went beyond the national regulations, were increasingly taken by workplaces and educational institutions in New Zealand in the early 2000s.