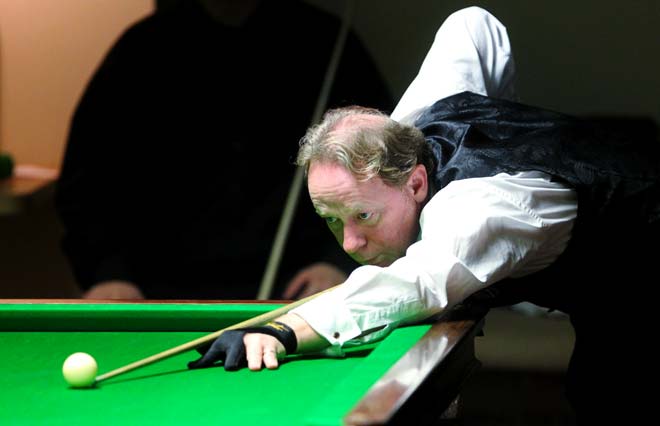 Dene O'Kane is shown here playing in the Heretaunga Classic in Napier, in 2011. O'Kane had his interest in snooker sparked in 1974, when at the age of 11 he watched the British television show Pot black. The show was extremely popular in New Zealand and created a strong interest in snooker. O'Kane became New Zealand snooker champion at the age of 17. He turned professional in 1984, playing at world championship level until retiring from professional snooker in 2001. In 1995 O'Kane fell foul of professional snooker's strict dress code, when he was reprimanded for wearing a logo protesting against French nuclear testing in the Pacific.