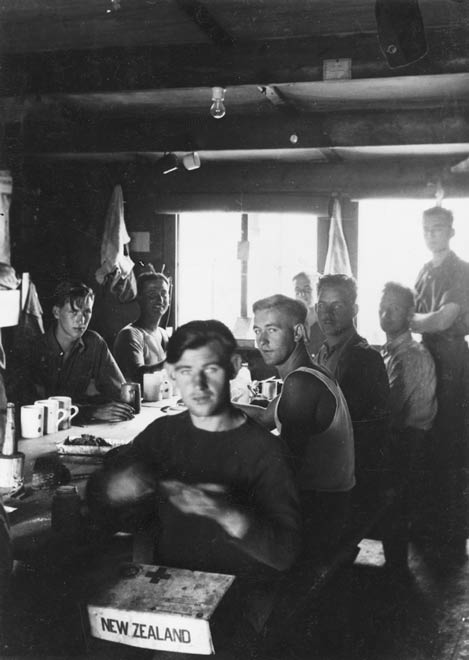 New Zealand prisoners of war (POWs) open Red Cross parcels at Stalag 383, Hohenfels, Bavaria, during the Second World War. The Geneva Conventions laid down minimum conditions under which POWs could be held, which included their right to receive Red Cross food parcels from their home countries. Inspectors from the International Red Cross were guaranteed access to prison camps. Like many international agreements, the Geneva Conventions expressed ideals that were not always upheld by signatory countries.